Over the past several years, new medical therapies are available for patients with hemangiomas and vascular malformations. 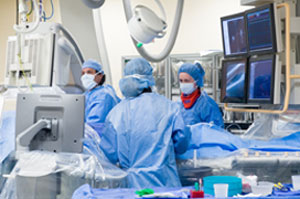 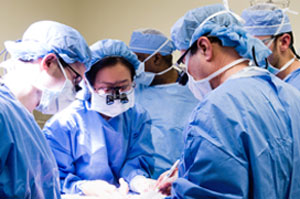 In 2007, Léauté-Labrèze1 and colleagues reported their serendipitous observation that beta-blockers were effective in halting the growth and stimulating the involution of proliferative hemangiomas of infancy. Since then, this beta-blocker therapy (administered orally* or topically**, depending on the type of hemangioma) has become the mainstay of medical treatment for hemangiomas, essentially supplanting corticosteroids, which had previously been used for over 40 years. With diligent monitoring and precautions, beta-blockers can be very effective and well-tolerated, with excellent results. Although certain types of hemangiomas require surgical intervention, the use of beta-blockers has diminished the role of surgery for hemangiomas.

Over the past two decades, researchers over the world have made new discoveries regarding the etiology, genetics, and regulatory pathways involved in hemangiomas and vascular malformations. Collaborative study groups such as the Hemangioma Investigator Group have generated seminal articles describing important epidemiologic data and characteristics of hemangiomas – e.g. segmental anatomic distribution, patients at most risk of developing complications (e.g. ulceration), and other features. Studies are underway to discern if there is a genetic basis to PHACE Syndrome (Posterior Fossa or other CNS structural anomaly, Hemangioma, Arterial, Cardiac, and/or Eye Anomalies). A critical discovery by North and colleagues1, that hemangioma cells are GLUT-1 positive has become an important tool. GLUT-1 staining is currently utilized in many pathology laboratories to confirm the diagnosis of infantile hemangioma.

Additionally, many registries have been formed, to collect patient information (and in some cases, blood samples) longitudinally, providing a data bank for studies. Specialty groups within professional organizations are mobilizing education programs to increase awareness in the medical community, and clinical trials to study different treatment regimens.

Sirolimus, a type of medication called an “m-Tor inhibitor” is being studied as a possible treatment for patients with a variety of vascular malformations and other vascular disorders (such as Kaposiform Hemangioendothelioma – KHE). In some studies this drug is being compared with standard therapies (e.g. Vincristine vs Sirolimus for KHE).